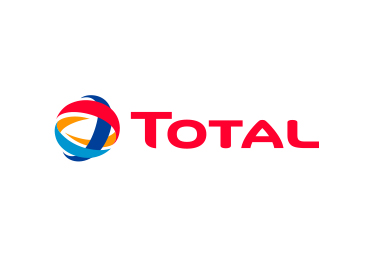 São Paulo, January 15, 2020 – Total, global leader in the energy sector, through its subsidiaries Total Brazil Distributor and Total E&P Brazil, and the Flamengo Regatta Club (Clube de Regatas do Flamengo) engaged today a partnership that makes TOTAL the team’s official sponsor for the next two years. The agreement is valid in all national and international championships that the red-black team will challenge during this period.

As part of the expansion plan in the country, the sports sponsorship aims to increase the brand awareness through the largest Brazilian’s soccer club. “With this sponsorship we show the Total’s desire to play among the best to reinforce our brand in the Brazilian market, but also in the people’s heart.

In addition to the club’s remarkable success, Brazilian Champion and winner in the Libertadores da América Cup, we find that the fantastic crowd represent very well the passion that all Total’s employees, resellers, and attendants show when serving our clients”, says Antoine Tournand, General Manager of Total Brazil Distributor subsidiary and Senior Vice President for South America in Marketing and Services division.

To Philippe Blanchard, Chief Executive of Total E&P do Brazil subsidiary, this new partnership reinforces the Total Group’s strategy and its commitment with Brazil. “Total supports sports in many countries where it operates. The soccer is a Brazilian’s passion and Flamengo stands out for its successful trajectory and its huge crowd, therefore we are very proud of being part of this history from now on and we hope to have a partnership full of achievements to Flamengo and to Total”.

Gustavo Oliveira, the Flamengo Regatta Club’s Vice-President of Communication and Marketing has no doubts that the partnership with the energy company will be a great success: “Total is another large company that recognizes Flamengo as an important strategic partner to increase the brand’s acknowledgment, create a strong relationship with the 42 million red-black crowd – the world’s biggest crowd – and boost their sales and businesses. To Flamengo, it is a pleasure to have a company that has such a respected brand and strength in the market among our sponsors. I’m sure that, together, we will do a very good job”, said the leader.

As the red-black official sponsor, Total will achieve the brand’s visibility during 2020 in, at least six tournaments, among States, Nationals and Internationals.

About the Flamengo Regatta Club

The Flamengo Regatta Club is a Brazilian multisport team headquartered in Rio de Janeiro. Established in 1895 in a neighborhood by the same name, has become one of the most successful and popular among Brazilian sport, specially in soccer. Today Flamengo counts on the hugest crowd in the world and collects trophies from the major championships, nowadays it is the actual Carioca, Brazilian and Libertadores champion.

Total Brazil Distributor brings together the distribution businesses of fuel and lubricant of Total in Brazil, including a chain of 280 gas stations, placed mostly in the states of Minas Gerais, Goiás, Distrito Federal de Brasília, Mato Grosso e São Paulo.

About Total E&P of Brazil

The Total E&P of Brazil is a Total Group subsidiary which acts in the Exploitation & Production of Brazilian oil and gas segment. The company has a wide and diverse portfolio in the Brazilian coast consisted of 21 assets focused in deep seas, one of the group’s major expertise areas. Among the main projects we highlight the Lapa field, where Total has become the first international company to operate a pre-salt productive field, and the Libra and Iara assets, all placed in the Santos Bay pre-salt. With this great potential portfolio and relevant strategic partnerships, Total reaffirm its long-term commitment with Brazil and the country’s significance to its global growth strategy.

About Total in Brazil

Total has been in Brazil for over 40 years, employing more than 3.000 professionals committed to a better energy. Its six subsidiaries operate in the country with the exploration and production of oil, gas, fuel and lubricant distribution, chemistry, energy storage and renewable energy (solar and wind). Learn more about our performance and investments in Brazil in br.total.com

About the Total Marketing & Services division

The Total Marketing & Services Division develops and commercializes mostly oil derivatives products, together with all associated services. Its 31.000 employees operate in 109 countries and its products and services offers are sell in 150 countries. Every day Total Marketing and Services serves more than 8 million clients in its more than 14.000 gas stations over 62 countries. As the fourth largest worldwide lubricant distributor and major oil products distributor in Africa, Total Marketing & Services operates 50 production units worldwide, where it manufactures lubricants, bitumen, additives, special fuels, and fluids that supports its growth

Total is an energy leading company that manufactures and commercializes fuel, natural gas and electricity with low-carbon power generation. Our 100.000 employees are committed with a better, safer, cleaner energy, and accessible to a greater number of people. Operating in more than 130 countries, our ambition is to become the major company in responsible energy.

This Press Release, from which no legal consequences can be attended, is just for information purposes. The entities in which TOTAL has direct or indirect investments are separated legal entities. TOTAL S.A has no responsibility for their act or omissions. In this document, the terms “Total” and “Grupo Total” sometimes are used for convenience, where general references are made, for TOTAL S.A. and/or their subsidiaries. In the same way, the words “we” and “our” can also be used to refer to the subsidiaries in general or those who work for them. This document may contain prospective information and statements based on several economic data and assumptions made in a specific economic moment, competitive and regulatory. They may reveal inaccurate in the future and are submitted to many risk factors. Not TOTAL S.A., neither none of its subsidiaries assume any obligation of publicly updating any information or prospective declaration, goals or tendencies contained in this document, whether as result of new information, future events.